I’m new to Invoice Ninja, and having difficulty with uploading logo and having it show both in dashboard and in the invoice preview. I have read several posts and followed instructions on similar problems, however, have not been able to resolve. How do i run php artisan, is that within a container?

When I upload the logo.png file the page reports success, however, I am unable to click save button top right-hand corner (using either firefox or brave). After upload, the window is blank however, has delete logo or upload logo buttons. If press on delete, “successfully delete logo” message appears. (see screen shot)

environment details: (had to remove links in the env file because i am a new user and server would not let me post)

Default to these values if empty

The composer file is default.

Thank you in advance

@david any ideas, could localhost in the APP_URL be an issue?

I couldn’t post the URL because server wouldn’t let me due to being a new user and a URL limit of 2 per post.

Question, is there anyway to hardcode the company logo just as a workaround for now?

Have you tried uploading the logo using a different version of the app (ie, web, mobile or desktop).

@david do you have any other suggestions?

Have installed android app, connected to server, and performed the same process of uploading logo file.

However, this time, distinct differences, but resulted in same issue.

Upon uploading image using android app, a small icon (invoice ninja icon) place holder appears in the window and I am able to press save in the top right hand corner.

I then create a mock invoice and review via the PDF tab, however, the company logo is not present, rather it is an icon place holder for a broken image (see attached image file

this broken image icon is visible through the web dashboard invoice preview too.

It may help to add LOCAL_DOWNLOAD=true to the .env file

Thanks, but in my first post it shows that variable already present in the env file.

would changing the domain within the .env file to, for example, ‘localhost.test’ , be worth trying?
I’ve read different things on this particular matter, however, nothing is conclusive.

Is there any troubleshooting steps i can take?

Also,
I thought I would check if logo is present in client portal (i’m not going to use this feature, Just basic record keeping though invoice creation hence why in docker/self hosted within a VM)
and the browser gets connection refused. 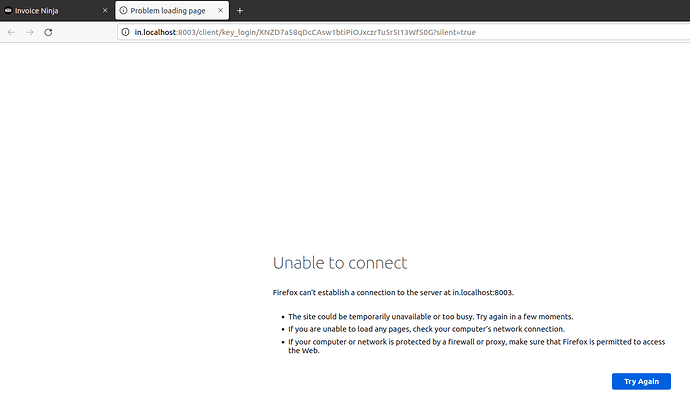 Additional troubleshooting steps I have taken: 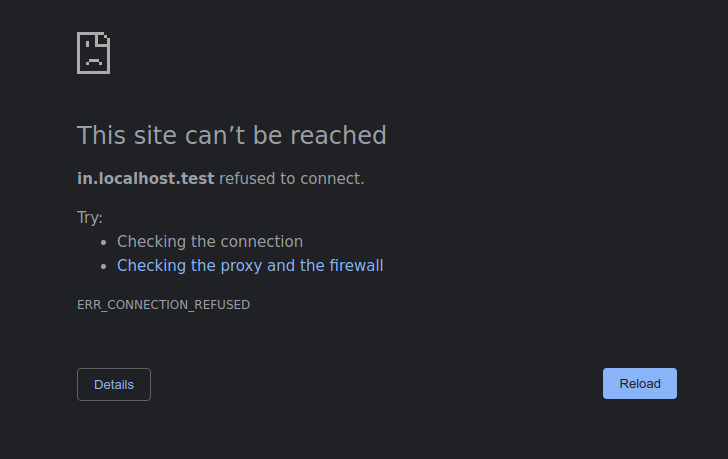 Make sure DNS is working and resolving correctly. I suspect the localhost.test stuff ain’t resolving properly.

Then: Can you check for error messages in storage/logs/laravel.log and your nginx log files?

If DNS wasn’t working I wouldn’t be able to access the dashboard, I would of thought?
Furthermore, when pinging (as per several posts up) the domain name resolves the the IP.

I’m accessing the dashboard locally on the host via web browser.

Can some one tell me where config.php file is located?

I wish to try the following troubleshoot step in this post:

The standard way to configure the app is to adjust the settings in the .env file.

It’s possible to adjust the files in the config/ folder but any changes will be overwritten when you next update the app.

Is there a variable i need to add to simulate the troubleshooting step in the following post?

Uploaded Logo is not displayed

I have found the problem

The APP_URL=http://in.localhost.test:8003 is the culprit
So, I removed the port 8003, and now able to navigate to the company logo URL and it now appears normal within the dashboard and on the invoice.

I used Brave browser inspect feature, and removed the port number, then made neccessary adjustments in the env, along with running artisan commannd.